WHAT'S IN A NAME?

Susan Dippenaar and Devon Palanee, founding directors of ATHENA Interactive Training Network (Pty) Ltd. share a common vision on contributing significantly to skills development in South Africa.  Their collective experience in the corporate training sector led to an immediate appreciation that, unless they functioned as a network, they could not achieve their ambitions. It was thus decided that their training company would be established on the foundation of a network of pockets of excellence, structured to engage effectively in the “Skills Revolution” in South Africa.
Charles Handy, in his book “The Gods of Management”, used four gods of ancient Greece:  Zeus, Apollo, Dionysus and Athena to symbolise the different ways of managing that could be discerned in organisations. He then shared the relevant cultures that were associated with this four management styles.
Zeus was associated with the Club Culture, Apollo with the Role Culture, Dionysus with the Existential Culture and finally Athena with the Task Culture.
The Task Culture takes a very different approach to management. Management is seen as being basically concerned with the continuous and successful solution of problems.  First define the problem, then allocate to its solution the appropriate resources, give the resulting group of people, machines and money the go-ahead, and wait for the solution. Judge performance in terms of results and solved problems.
The symbol used to depict the Athena Task Culture is a net, because it draws resources from various parts of the organisational system in order to focus them on a particular knot or problem. Power lies at the interstices of the net, not at the top as in the Apollo Culture, or at the centre, as in the Zeus organisations. The organisation is a network of loosely-linked commando units, each unit being largely self-contained, but with a specific responsibility within an overall strategy. 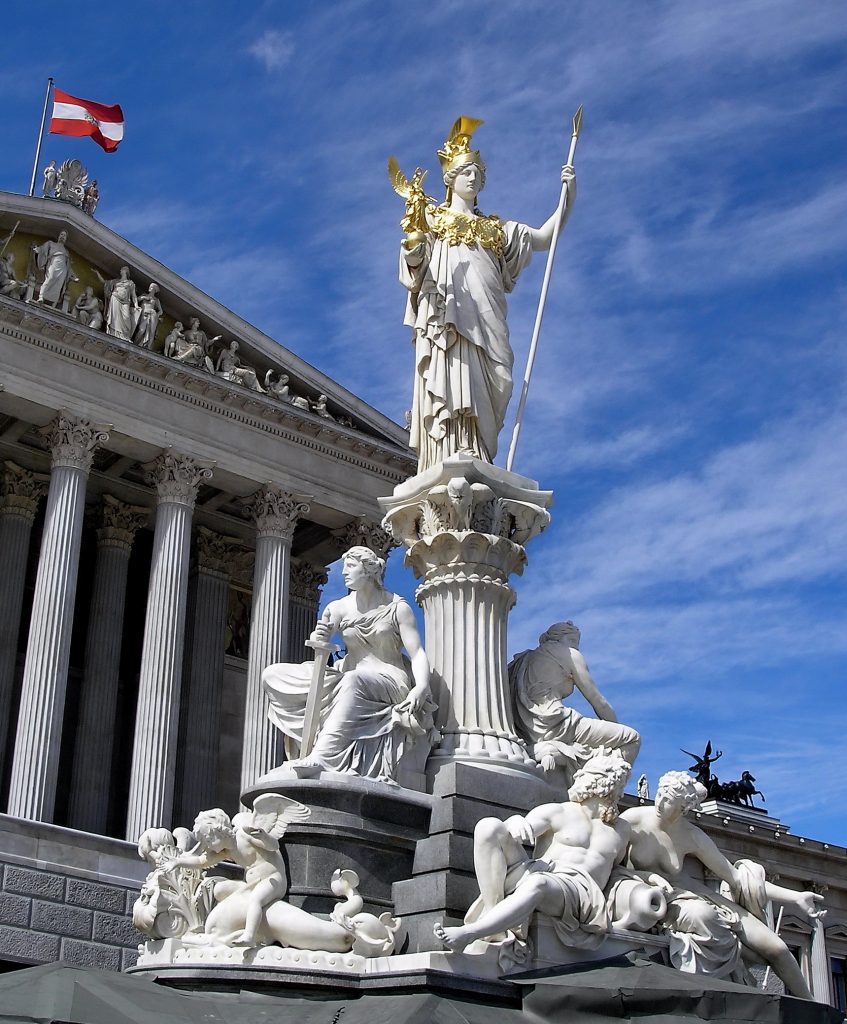 Athena is a warrior Goddess, patroness of Odysseus, that arch problem-solver, of craftsmen and of pioneering captains. The task culture recognises only expertise as the base of power or influence. Age does not impress, nor length of service, nor closeness of kin to the owner. To contribute to your group, talent is what is needed, creativity, a fresh approach and new intuitions. It is a culture where youth flourishes and where creativity is at a premium. The youth, energy and creativity associated with Athena fit the task culture very well.

Athena, in Greek mythology is the goddess of wisdom, courage, inspiration, civilization, law and justice, strategic warfare, mathematics, strength, strategy, the arts, crafts, and skill. In Greek mythology, she was not just the Goddess of war she also taught Prometheus architecture, astrology, mathematics, medicine and navigation. Additionally she is accredited with the invention of spinning, weaving, the plough and rake.

Athena is viewed as the guardian goddess of the city of Athens. She was both, the patron, and the protector of the city, and she kept a keen eye on it from her abode on the Athenian Acropolis.

Athena however, did not become the patroness of Athens all of a sudden. She had to fight (not in the literal sense) in order to achieve the position. She had to win a competition against Poseidon, who was also in the race to become the patron of Athens. Because both of them were interested in claiming Athens for themselves, it was decided that both of them would gift the Athenians, things that they thought the people needed most. The judges of the contest were the local Athenians, who were to decide which of the two endowments was the best for their city.

Poseidon thrust his trident into the ground and a spring gushed forth. Although the spring created a port in the city which enhanced the prospects of long-distance maritime trade, its water was salty, and not suitable for drinking. Athena, on the other hand, endowed the city with an olive tree. As this tree could provide food, wood, and oil to the city, it was regarded as a superior gift than the salt water spring. Athena was thus, declared the winner of the contest, and was officially proclaimed as the patroness of Athens as well as Attica. Poseidon, not very pleased by the result, decided to stay calm because Zeus, the king of the Olympians, had forbidden both of them from any personal battle. Following the victory of the goddess in the contest, the Athenians built her temple on the Acropolis, which contained her standing figure in the center. 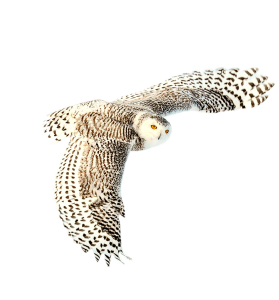 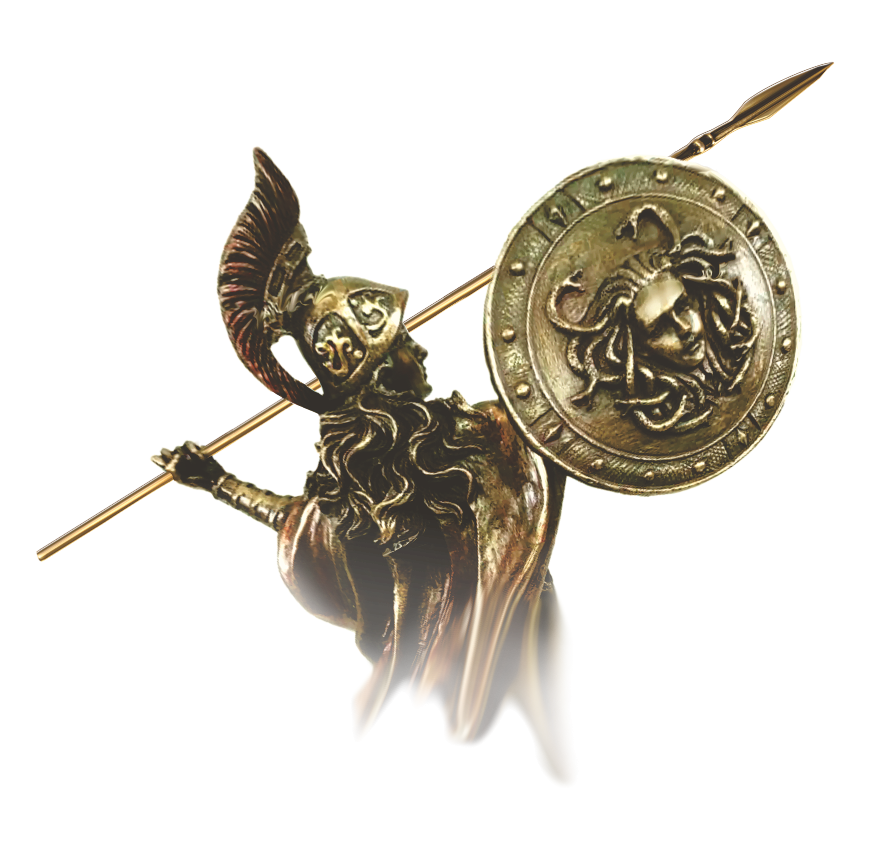 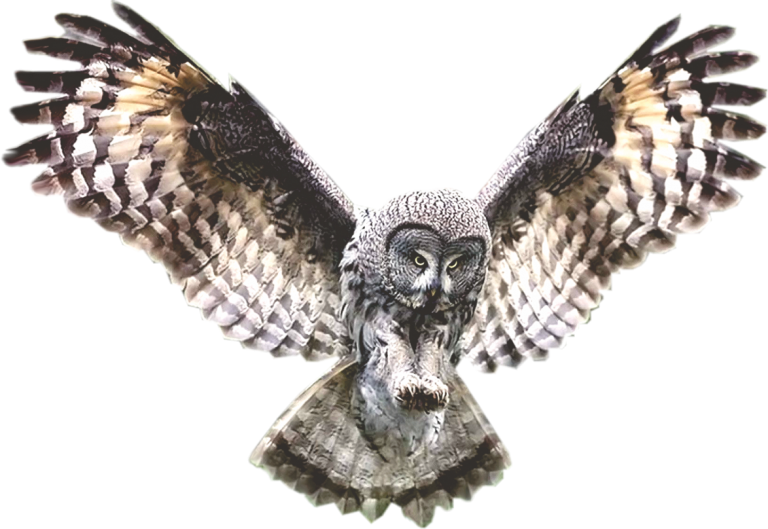 As mentioned before, Athena is considered as the goddess of just and fair warfare, and the defender of heroes. It is quite obvious that because she is essentially associated with war, she will be attracted to the various instruments of war as well. But, the most interesting facets of her association with warfare are some of the inventions that are considered to be made by the goddess. Two of them are particularly significant. Athena is said to be the inventor of the war chariot and the art of taming horses.

Amidst her associations with war and wisdom, lies Athena’s connection with music. She was inspired by the lamentations of Medusa’s siblings, which they sung after their sister’s death. The goddess then, invented a flute known as Aulos, which came to be regarded as the symbol of hope. 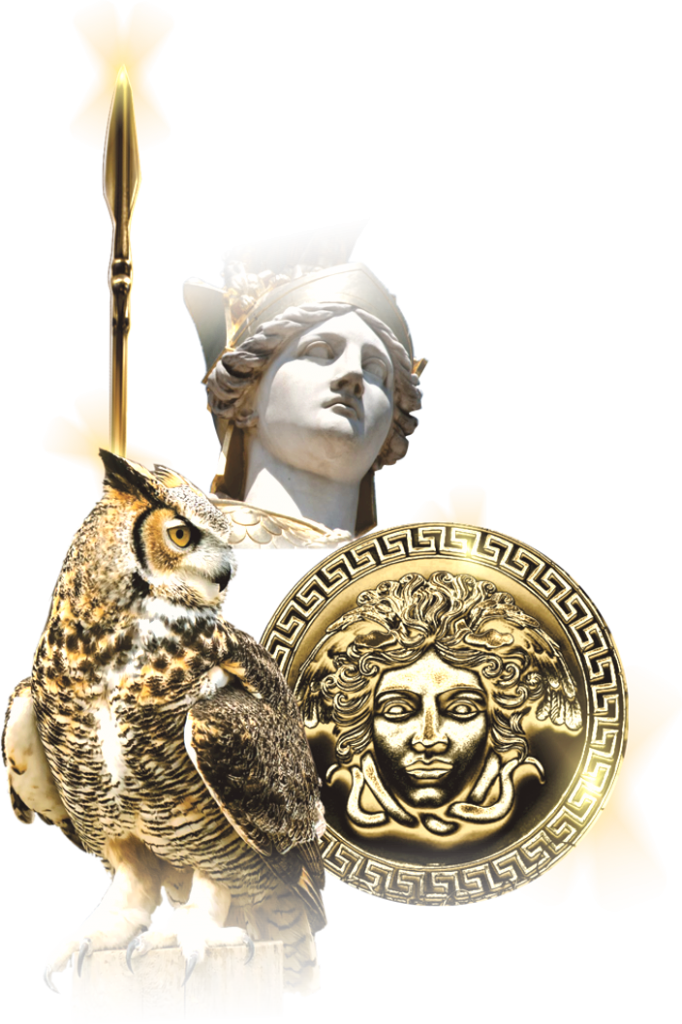